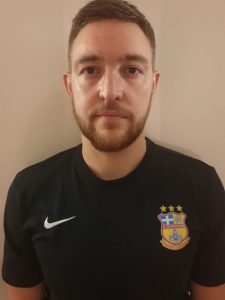 Dan started his football journey out as a defensive midfielder but soon became a goalkeeper in secondary school, much to his Dad’s disgust!
Spells with Millwall and Chelsea in academy football culminated in a move to Northampton Town FC or 2 years and a first taste of pro football. Dan then played and coached in America for 2 years before returning to Semi Pro football at Wealdstone, where he struck up a friendship with Saints alumni Niko Salapatas. Fast forward 10 years and Niko introduced Dan to the highly accomplished and family driven Saints. He is hugely proud to have joined such a community orientated and success minded team.

He should have a drink with George Frangeskou, Manager of @StPanteleimonFC 2018/19 season - Middlesex County Division One.